New Light Children Centre believes that every Child must be given a chance to live. 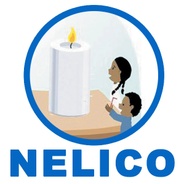 To have a Tanzania community in which all people protect human and child rights, access quality health services and empowered youths

NELICO is a non-profit, non-governmental organization that started in 2004. Since its inception, it has been implementing projects related to: Psychosocial Support, Youth Voice, Legal Aid, Child Protection and Prevention of Killings of People with Albinism.

Thanks to your support, we are able to commit ourselves to help the most disadvantaged children, families and communities in Tanzania.

New Light Children Center Organization (NELICO) is a non-profit, non-governmental organization registered under the Non-Governmental Organizations Act No. 24 of 2002 on 28th March 2006 and was given the registration certificate No. OONGO/0739.

NELICO started its operations in Geita District in March of 2004 as a small non-governmental organization focusing on support to orphans and the most vulnerable children. The start of the organization was motivated by the desire to address the issues of HIV/AIDS and orphans in the district.

The Tanzanian government officially announced that Geita is the leading district for HIV transmission in the Lake Victoria regions of Tanzania and that the impact of HIV and AIDS has serious detrimental effects on the lives of women and children in this district. The government appeals to NGO’s to support them in these issues.

Following this announcement and the devastating effects of HIV and AIDS on the lives of children in Geita district, four committed women, specialized in sociology came together with the motto: “Live to Serve”. They agreed to start an organization with the name NELICO. Since its inception, NELICO has been implementing projects related to: Psychosocial Support, Youth Voice, Legal Aid, Child Protection and Prevention of Killings of People with Albinism.

The organization’s target audiences are children, youth and marginalized groups, also in the rural communities.

We would love to hear from you!

If you have any questions, don't hesitate to contact us!